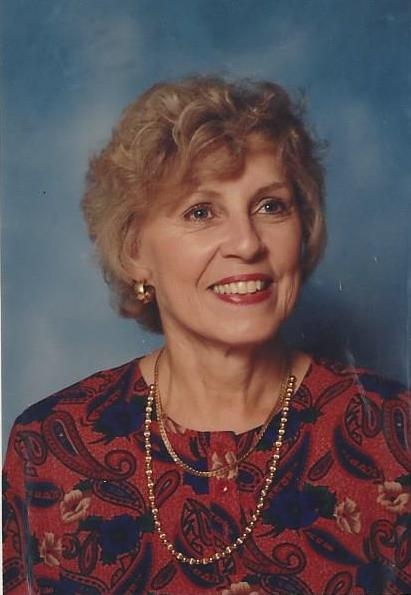 JOYCE WATKINS TOUART 1930 – 2016 TOUART, Joyce Watkins, age 86 of Alpharetta, GA passed away on Saturday, September 3, 2016. She was born on February 3, 1930 in Blackstone, VA, the daughter of Bertha and Benjamin Watkins. She was a 1946 graduate of Thomas Jefferson High in Richmond, VA, and attended James Madison University in Harrisonburg, VA and Rice Business School in Charleston, SC. Upon graduation she worked as a school secretary/bookkeeper for DeKalb County Schools for 25 years. She met Mitchell A. Touart III in May 1947, and married on June 12, 1948. Throughout her life, she was known as an avid bridge player and loved playing weekly with her friends and neighbors in North Druid Valley and Greenwood Acres/Lakeside, and at every opportunity while living at Atria North Point. She was a lifetime student of the game and looked forward to reading the “Daily Bridge Club” in the AJC every day. Prior to moving to Alpharetta in 2011, she was a longtime parishioner at IHM Catholic Church in Atlanta. She was preceded in death by her parents and her devoted husband of 65 years. Joyce is survived by her three loving sons, Mitchell Touart IV (Linda), Alan Touart (Kim), and Wayne Touart (Debbie) and her younger sister, Jean Richardson, Pittsburgh, PA, sister-in-law Marilyn Ferneyhough of Richmond, VA, seven grandchildren, Lauren Maddox (Matt), Emily Edens (Jake), Mitch Touart (V), Ashley Barger (Brad), Kristin Touart, Brennan Allen (Sam), and Evan Touart, and three great-grandchildren, Jaylen Touart, Ruby and Annie Edens, nephews Bill and Stuart Watkins, Charles and Richard Ferneyhough, and nieces Kim White and Jan Livezey. A funeral mass will be conducted in the Chapel at St. Brigid Catholic Church, 3400 Old Alabama Road, Johns Creek, GA on Monday, September 26th at 10:30 am.. A reception will follow in the parish hall at the church. The Interment service will be held later that afternoon at 2 pm at Georgia National Cemetery, Canton, GA, at the site of her husband's grave.