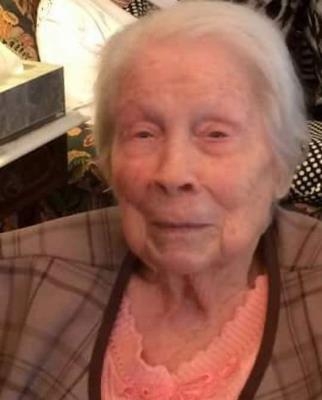 In Honor and Memory Lavonia Earlene Rentz Lang (Grandma), 91, of Lawrenceville, Ga., passed away October 14, 2016. Born in Surrency, Georgia, on April 18, 1925, to George H. and Addie Louise (Reddish) Rentz, Lavonia grew up on a farm in Appling County with 3 sisters and 5 brothers. Moving to Atlanta in 1943, she attended a two year business school and worked as a bookkeeper for Rexall Drugs, Sears, and later as a tax assessor for the IRS. She met her husband of 48 years when he came to pick up another girl for a date at the boarding house on Tenth Street where she lived. The other girl was not there so he asked Lavonia out. Not sure what happened to the other girl but Lavonia and Johnnie Washington Lang fell in love and were married on August 4, 1945. They enjoyed traveling, camping, and fishing. On one trip, they visited 37 states. Their lives focused on their faith, children, and grandchildren. Johnnie preceded her in death in 1994. Lavonia cheered for the Braves and rarely missed a broadcast. Growing up, her son remembers she was at every one of his ballgames, and her daughter remembers she attended all of her recitals - always supporting and cheering for them. Everyone applauded her cooking especially her cakes, pies, and cookies. She knew each one’s favorites, and they were sure to show up for birthdays and holidays. Lavonia is survived by one sister, Martheta (Rentz) Lightsey of Baxley, Ga.; son, John Wayne Lang and wife, Lisa (Force) of Snellville, Ga.; daughter, Deborah Earlene (Lang) Watson (Debbie) and husband, David C. of Loganville, Ga.; grandchildren, David Guy Watson, Mary Angela Watson, Elizabeth (Lang) Pritchard and husband, Cory, Matthew Everett Lang and wife Kerrie (Sapp); great grandchildren, Brandon Guy Watson, Evelyn Marie Lang, Morris Everett Lang, Hannah Mae Pritchard, Hayley Elizabeth Pritchard, Harper Louise Pritchard; and 14 beloved nieces and nephews. She was predeceased by one great grandson, Dustin Cory Lee in 2008. Lavonia’s cause of death may be recorded as heart failure; however, she gave her heart away everyday to all she loved, and it continues to beat in all who love her in return. A farewell to Lavonia and visitation with the family is Wednesday, October 19, 2016, from 6:00 p. m. to 8:00 p.m. at Wages & Sons Funeral Home at 1031 Lawrenceville Highway, Lawrenceville, Ga. 30046. There will be a graveside memorial service for family and friends on Saturday, November 5, 2016, at 2:00 p.m. at Gwinnett Memorial Park in Lawrenceville, Ga.