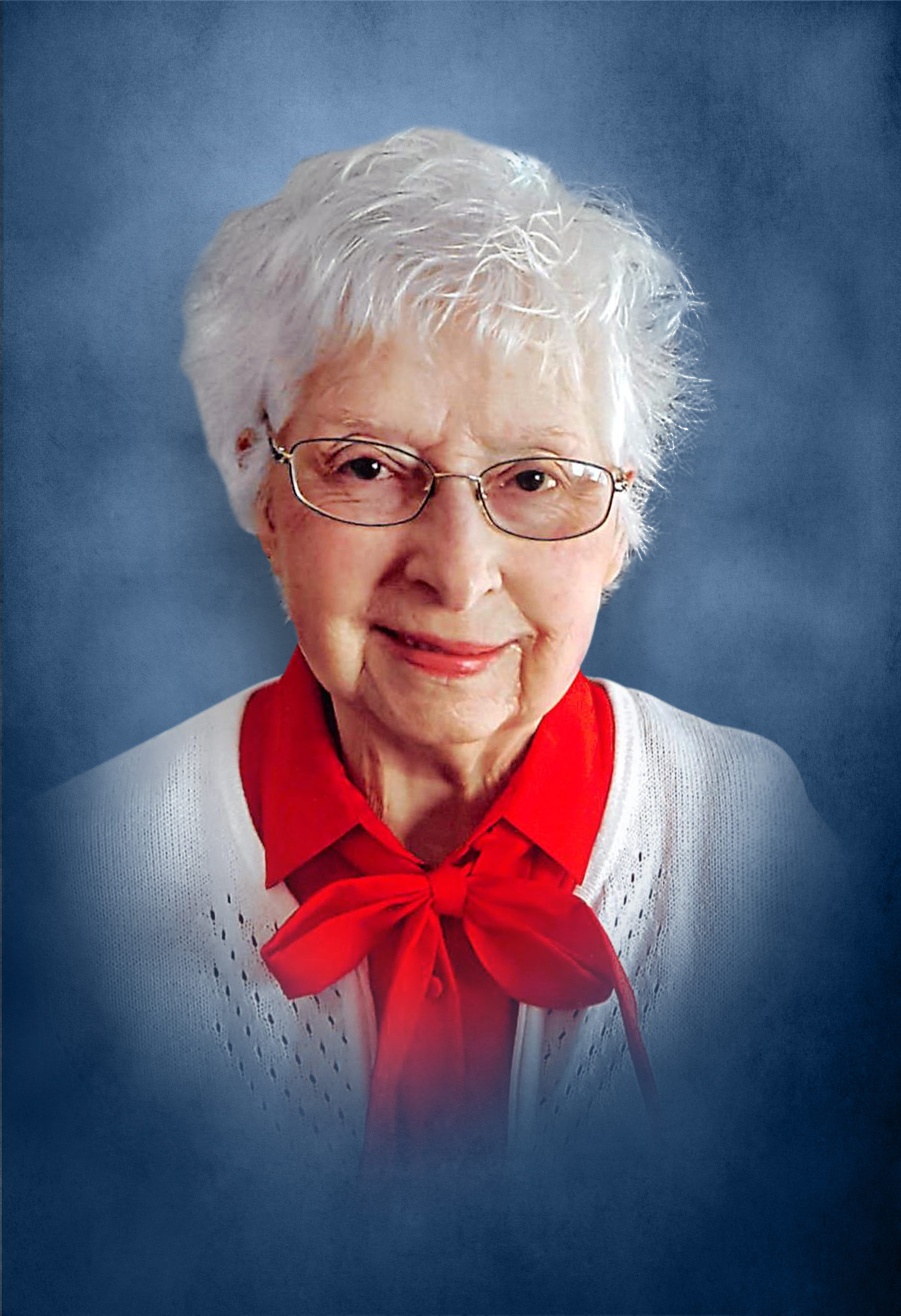 Loraine J. Mitchell, 90, of Monroe Ga., passed away on Tuesday, June 23, 2020 due to complications of dementia. The funeral service will be held at Wages & Sons Funeral Home in Lawrenceville, Ga. Visitation will be held from 11-1 p.m. with funeral immediately after in the chapel. Burial will follow the funeral at Floral Hills Perpetual Care on Hwy 29 in Tucker, Ga. Loraine was born in Gwinnett County Georgia on November 5, 1929. She graduated from Norcross High School in 1946. Loraine was married to Edward B. Mitchell on February 12, 1954. They were married 47 years. Right out of high school Loraine worked for People’s Bank in Atlanta. In 1948 she went to work for Georgia Power Co. where she met Ed. Loraine was a homemaker and enjoyed working with her plants and flowers both inside and outside, sewing, and bowling in church leagues. She was a member of Rehoboth Baptist Church in Tucker since she was 18 years old. Loraine is survived by daughter and son-in-law Teresa and Steve West of Monroe, son Tim Mitchell of Jesup, Ga., beloved grandchildren Laura Valentine (Tommy) of Athens, Anthony West (Mary) of Buford, and Ethan West of Monroe, two precious great grandchildren Norah Valentine and Duke West, sister Allene Greenwood of Port St. Lucie, Fl., brother and sister-in-law Kenneth Jones (Ella) of Greenville, Ga., and many cousins, nieces and nephews. Loraine is preceded in death by her parents Pearl and John Jones, husband Edward Mitchell, brothers Royce Jones, Lloyd Jones, Ray Jones, sisters Odell McClung, Vivian Ashworth, and Marolyn Browder.

Loraine spent her childhood in the Norcross area & the majority of her adult life in Tucker. She met her future husband Ed when he approached her at Ga. Power where they both worked & had spoken briefly to ask if she would write to him since he had just been drafted into the Korean War. She said YES! After he was wounded & sent home they began to date & were married on Feb. 12, 1954 in the home of her Rehoboth pastor Rev. Lester Buice. They lived in an apartment in Atlanta briefly, then built their first home in Tucker in 1955. She & Ed would joke that because she was still learning to cook, they lived on hominy grits & love in the beginning of their marriage! Loraine continued to work for the Power Co. for 9 years before quitting to start their family in 1957 when daughter Teresa was born. Then added to their family in 1961 when son Tim was born. In addition to caring for her own family she also took care of her mother who lived close by so the children enjoyed growing up with their “Mawmaw” close by & going to her house almost everyday & her eating dinner at their house at least once a week. Loraine & Ed enjoyed spending time with their nieces & nephews. They also enjoyed playing the card game “ROOK” with her sister Allene & brother-n-law Jack! The family enjoyed summer vacations at Loraine’s sisters houses in Ohio & Florida!

Loraine volunteered in the Rehoboth church nursery & loved babies & children! She enjoyed bowling on the church league & was a “self” taught cook, seamstress ( who made a lot of her teenage daughters clothing much to her chagrin) & pianist who played by ear. She got her love of plants & flowers from her mother & had a green thumb! Later in life she would seek out “needy” plants anywhere including hairdressers, doctors offices, dentist offices etc. & would often pull off dead leaves & advise the office staff that the plant needed “taking care of”. She was member of & very much enjoyed her Rehoboth “Cornerstone” Sunday School Class. Loraine was “One of a Kind” & will be greatly missed by all who knew & loved her!

For the protection of all, the family requests that masks are brought to wear for both the visitation and funeral service.