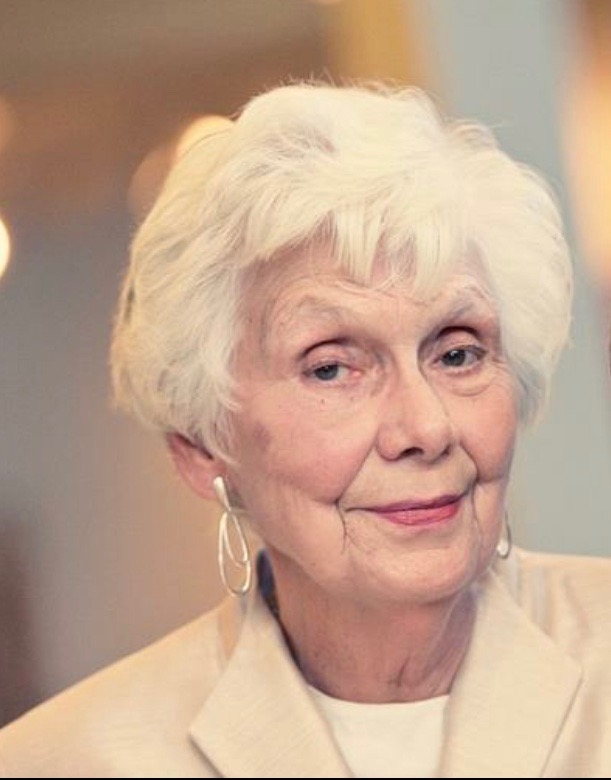 Mary Jo Basile, born July 31, 1929, died on October 16, 2018. Mary Jo was preceded in death by her husband, James A. Basile, and her daughter, Kathleen Ann Basile, both of Tucker, Georgia; parents, William C. McMahon and Dorothy Fogarty McMahon; and by her brother William Thomas McMahon and sister Kathleen Ann Reagan, both of Cleveland, Ohio. She is survived by six of her children: James A. Basile and his wife Ann of Lilburn, Margaret M. Levengood and her husband Mike of Lilburn, Mary B. Wetherington and her husband Joe of Lilburn, Thomas N. Basile and his wife Carla of Snellville, Doreen B. Towhey and her husband Dennis of Suwanee, and William J. Basile and his wife Kelli of Hamilton Mill, sixteen grandchildren: Tommy, Michael, Andrea, Kelly, Missy, Jake, Bonnie, Bob, Megan, Tim, Katie, Rosemary Grace, Ted, Anna, Jimmy, Maddie, nine great grandchildren: Parker, Rex, Eli, Bear, Lou, Sydney, Maisie Jo, Troy, and Leo, and seven nephews and six nieces, and many cousins in Alabama, California, Michigan, Ohio, Pennsylvania, Texas, and West Virginia, all of whom she loved dearly and all of whom loved Mary Jo in return. Mary Jo was a member of Holy Cross Catholic Church in Atlanta, GA, for more than forty-five years, where the celebration of her life will be held at 11:00 a.m. on Tuesday, October 23, 2018. Funeral Mass will be celebrated by The Reverend Monsignor Fogarty. Holy Cross is located at 3773 Chamblee Tucker Road, Atlanta, GA 30341. A luncheon will be served in the parish hall immediately following the Mass. Born in Cleveland, Ohio; Mary Jo graduated from East High School in Cleveland in 1947, where she married James A. Basile in 1952. Her husband worked for the New York Central Railroad later known as Penn Central until he joined General Electric Company and they moved their family to Tucker, Georgia in 1973. Following the sudden death of her husband in 1975, Mary Jo worked at JC Penney at Northlake Mall for more than twenty-five years. As matriarch of her extended family, Mary Jo was an inspiration to all of her descendants. She raised seven children and was always willing to play bridge with her friends and card games with her grandchildren. She enjoyed Tuesday Mass and weekly Adoration services at Holy Cross. Mary Jo loved visiting her children and attending her grandchildren’s sporting and school events, and she looked forward to vacationing with her children and grandchildren at the beach and any other destination where she could be with her family. She was a great neighbor and friend to many in her community in Tucker. She spent the last year of her life at Delmar Gardens where she received exceptional attention from her care team and the entire Delmar care staff. During her final months, Compassionate Care of North Georgia hospice enabled Mary Jo and her family to maintain her quality of life until she passed away. The family will receive friends from 4:00 P.M. to 8:00 P.M. on Monday, October 22, 2018 at Wages and Sons Gwinnett Chapel, 1031 Lawrenceville Hwy., Lawrenceville, GA 30046. Flowers are accepted or those desiring can make a donation in memory of Mary Jo to St. Martin De Porres, https://holycrossatlanta.org/blog/friends-of-st-martin-de-porres-2/ On-line condolences can be made at www.wagesandsons.com