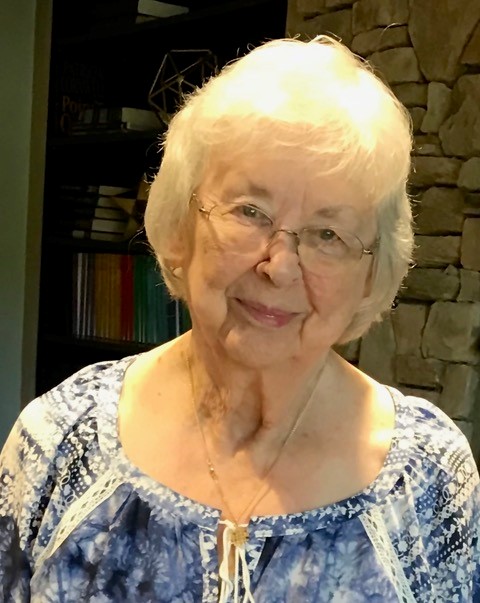 LAWRENCEVILLE, GA – Mildred Maxwell May, 91, of Lawrenceville, died peacefully Friday, April 24, 2020 at Gwinnett Medical Center of heart failure. Mrs. May was a native of Asheville, NC. She was preceded in death by her beloved husband of 58 years, George May. She is survived by her children, Melissa, David and daughter in law Lisa ; grandchildren, Gwendalyn and Caitlin, great grandchild Pandora and daughter-in-law, Elaine, wife of their late son, Charles. She is also survived by her sister Linda Maxwell Foster of Charlotte, NC and her nieces Leslie and Laura.

Mrs. May graduated from Lee Edwards High School and attended college at Mars Hill College studying business. She later moved to Atlanta and worked in the insurance industry. She and her husband were married in 1954 after he completed his service in the Korean War. They resided in St Petersburg, Fl where Mrs. May returned to the business world and became partner/operator of a trucking concern and owner of a retail store called Good Scents. They both retired and moved to Lawrenceville in the early 1990’s.

Mrs. May was a member at St Edward’s Episcopal Church (Lawrenceville) and is past president of the ECW Chapter there. She was a founding member of Holy Cross Anglican Cathedral in Loganville and was active until her passing. She was an avid reader and supporter of local libraries. She was much loved and will be greatly missed by everyone she met.

Due to COVID-19, funeral arrangements are pending. In lieu of flowers, donations to the Memorial Fund of Holy Cross or the Gwinnett Public Library Foundation are appreciated. Arrangements by Wages & Sons Gwinnett Chapel, 1031 Lawrenceville Hwy, Lawrenceville, GA 30046, 770-277-4550. Online condolences may be expressed at www.wagesandsons.com