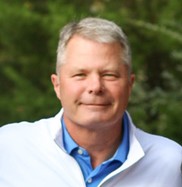 Morgan W Makley III left his earthly home for the fairways of Heaven after a two-year battle with cancer. Born in 1963 in Hackensack, NJ to Morgan and Catherine Makley, Morgan met every challenge in his life with strength and resolve. During his high school years in Laurens, NY, a knee injury curtailed his dream of college athletics, so Morgan found his place in the US Marine Corps and served honorably from 1981-1985, based at Camp LeJeune, NC.

With his military experience, Morgan was a natural fit for the private security industry where he excelled for 36 years with Pinkerton/Securitas. While many recall his 10-years of leadership for the security services of the Masters golf tournament, he was also an essential part of the security responses to major storms and crises in the southeast, dedicated to keeping his security staff and the community safe from harm. Although he held the title of leader (CFA), he knew his team made his efforts successful, and he loved working with so many good teammates.

Family meant the world to Morgan, and he cherished every role: husband, father, brother, uncle and beloved in-law. He was a protective brother of John and Patty from the age of 10, ready to step in and help at any moment, just like the Batman he so revered. He loved being a Dad and was always ready for a game, from HORSE to Trouble; he shared his love of sports with all of us, but NO ONE had a better golf game; his game excelled throughout his cancer treatment, hitting in the low 70’s until the end. He was incredibly proud of his children for being hard-working, intelligent and kind; this extended to nieces and nephews, as well as the young people who became his neighbors. He made friends for a lifetime and blended them with family in his heart. No one was safe from his sense of humor, but he delivered his wit with a trademark impish grin, letting you know it meant you were accepted and loved.

Morgan was predeceased by his parents and his twin brother John. The loss of his presence is felt by many, most especially his wife of 25 years, Cathleen (Doyle) who opened his world to love and happiness beyond measure; his children, Elizabeth Ann Makley (partner Chrissi Cottingham), Morgan Joseph and Samuel John Makley, and his sister Patricia Biggs. He also leaves his beloved mother in law Carol Doyle, in laws Mary and Andy Kintz, Joe and Mary Doyle, Stacey Makley-Leech and her husband Bob; and seven nieces and nephews: Nathan Makley, Katie Telfer, Katie Labuda, Annie and Carol Doyle, Jacob and Joshua Kintz. His extended family will strive to keep family gatherings as fun as possible but will never quite fill the void.

To view the service via live stream, click on the link below:
https://sjnlilburn.com/online-masses