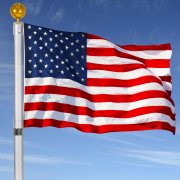 Paul Miller, died August 25, 2019 in Hoschton, Ga. A service will be held at 10:00 on Saturday, August 31 at Celebration Church in Hoschton, Ga. He was born February 28th, 1940. He graduated from the University of Virginia in 1965. He served in the National Guard for 6 years. He was an insurance adjuster for over 40 years. He was married to Beverly Bird Miller for 53 years until his passing. He was an active member of his church and community. His interests included family, golf, crossword puzzles and trivia. In his later years, he devoted as much of his time supporting his 5 grandchildren. Paul is survived by his wife, Beverly; children Tracey Settlage and Michael Miller, their spouses; and 5 grandchildren. In lieu of flowers, donations may be sent to the charity of your choice.