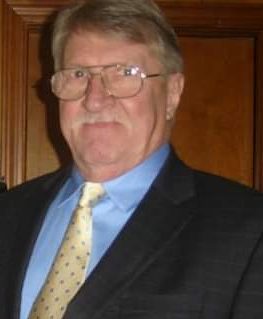 Philip Anthony Pasley February 19, 1939 - July 1,2019 Philip Pasley, age 80 passed away on  Monday, July 1, 2019. He was born and raised in South Georgia in a town called Thomaston. He was raised with one brother and two sisters and he also lived with his cousins who were like sisters to him. After he graduated from high school in Thomaston Ga, he went into the Air Force and completed basic training in Texas and was stationed in New Mexico. He worked with the radar for the airplanes. Once he was honorably discharged he came back to Atlanta and began his life. He was in sales for several years for an insurance company and then worked for his friend Jack Summers that had a construction company and did fire restoration on homes. He eventually became a Master painter and Tile setter. He loved taking an old home and making it look new again. He did some beautiful tile work over the years and also built custom cabinets with his best friend Yank. In his free time he loved to refinish old furniture. In the midst of retirement he began creating furniture, cutting boards with designs, bird houses and feeders, wind chimes and then walking sticks that he found in the woods. He also loved gardening with his best friend Marvin. Phil was preceded in death by his wife Romaine Hardin Pasley, mother Edna Erle Kelley and his father Benjamin William Pasley, brother Benjamin Anthony Pasley, sister Joan Steward. He is survived by his children Penny Baker, Stephen Pasley, Cathy Lynn and Phillip Steward.  His grandchildren Katie and Bethany Pasley that he raised as his own children after the of loss their mother. Michael McClain, Matthew McClain, Nicholas Baker, Derek Steward, Nicole Ates, Amie Lynn and Alan Lynn. His great grandchildren Haley Campbell, Masyn Setchel-McClain, Trystan McClain, Kamlynn McClain and Micah Pasley-Coleman. He is also survived by cousins, nieces and nephews and great nieces and nephews. He chose to be cremated and not have a service as he had a Life Celebration for his 80th birthday February 19th. He requested that his ashes be spread in his hometown of Thomaston on the Flint River at a place he grew up going to called Spruill Bluffs, at Pasley Shoals. We will do  this in the Fall. Anyone that wants to join us is Welcome. Arrangements by Wages & Sons Funeral Home, 1031 Lawrenceville Highway Lawrenceville, GA 30046. 770-277-4550. Online condolences may be expressed at www.wagesandsons.com.