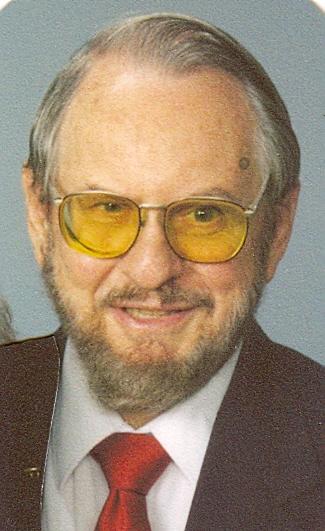 THOMAS H. ROBERTS, 83 ATLANTA CITY PLANNER WHO LOVED SINGING BARBERSHOP Tom Roberts was a highly accomplished city planner who spent most of his career in and around Atlanta. He was happily married to his college sweetheart, Jacque, for 61 years, and his passion was singing barbershop harmony. A very outgoing and witty guy, Tom loved telling jokes. He was the life of the party at family and other social gatherings, always ready with a new story to tell, controversial issue to debate, or song to sing. Tom grew up in Cleveland, Ohio. His father died when he was a baby, so he was raised by a single mother and two older brothers. His Mom was a resourceful and capable woman who made a good living for her boys during the depression in the rental real estate business. Tom graduated from Case Institute of Technology with a BS in Civil Engineering, then earned a Master?s Degree in Regional Planning at UNC/Chapel Hill. As a city planner, Tom made a few career moves to Ohio, North Carolina, South Carolina, and Washington D.C., but spent most of his time in Atlanta as Planning Director of the Atlanta Regional Commission. In 1962 when Atlanta was experiencing suburban growth, he was part of a committee that created the blueprint for what became MARTA. He also served as the national Executive Director of the American Institute of Certified Planners, and national President of the American Planning Association. In 1978 Tom took the big step to go into business for himself and opened his own planning consulting firm where he worked until his retirement in 1992. Tom?s hobby was singing barbershop harmony. As a matter of fact, when he met the future love of his life, Jacque, he said ?I liked her because she was beautiful, laughed at my jokes, and could harmonize.? He started singing in high school quartets, and later joined the barbershop singing organization SPEBSQSA where he sang with many choruses and quartets, winning regional contests along the way. Tom also became a certified barbershop sound judge, arranged some of his own music, and enjoyed helping other singers by coaching and encouraging them. But the biggest reward for him occurred when he was huddled in a corner with 3 other guys, belting out the baritone part, and basking in the clean sound of ringing, well-balanced barbershop chords. Thomas Heym Roberts, 83, of Tucker GA died Thursday, September 29, at his home from health complications which began with a heart attack in November 2010. Jacque and their children Judy, Mark, and Holly of metro Atlanta, and Tod of Albuquerque NM devoted themselves to their husband/father to try and help him recover and be comfortable during this difficult year. Tom?s wish was to be cremated, and the family will be having a private memorial service. In lieu of flowers, the family requests that donations be made to Tom?s favorite charity, The Salvation Army. During one of his final conversations, Tom had an opportunity to reflect on his life and assured his family that it had been a good one. He said he had many blessings, in particular a family whom he loved and who loved him back, an interesting and rewarding career, lots of fun friends and inspirational relationships, and the feeling that he was leaving us all in good shape. In addition to his wife and children, Tom is survived by two loving grandsons, Cleve and Steven Willis, son-in-law Craig Willis, and daughter-in-law Joni Roberts.