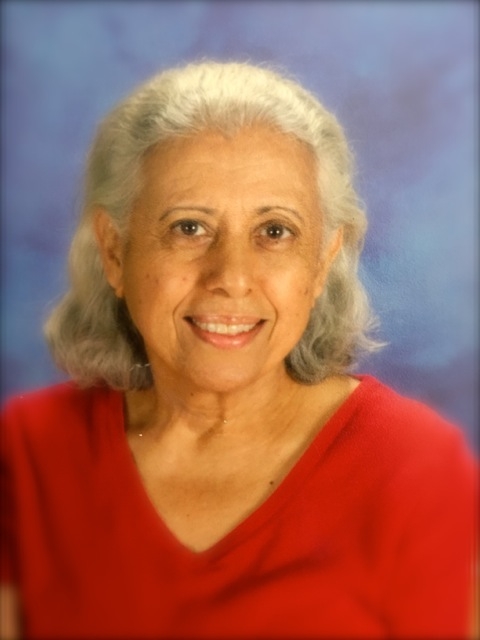 Ruxamani Tikyani, age 72, passed away peacefully on November 28th at her daughter’s home in Norcross, GA. Ruxamani, the youngest of six children, was born on November 4th, 1945 to parents Maanbai and Kevalram Nihalani in Karachi, province of Sindh, and migrated south two years later to a small town called Sidhpur, located in the state of Gujrat, India. Upon completion of her Bachelors of Economics from Gujrat University, Ruxamani married Mulchand Tikyani in 1968 and together they welcomed their first child, Jaishree, in 1970 while living in Jodphur, Rajasthan. In pursuit of better economic opportunities, Mulchand moved his wife and young daughter to Hong Kong, where they welcomed their second daughter Nisha. It is during this time that Ruxamani began cultivating her spiritual faith. Almost two decades later, Ruxamani and her family moved to Miami, FL and not long after that, her husband Mulchand died at the age of 51. With her unwavering spiritual faith, Ruxamani remained steadfast in her journey despite the hardships, and carried on in a new country where she learned how to drive and became a teacher in early childhood development while raising two daughters on her own. In 1997, she moved to Atlanta, GA to continue to be a close part of both her daughters’ lives. Ruxamani was a kind, gentle, courageous and spiritual being who saw goodness and beauty in all of creation. She was regarded as a pillar of strength who lived a faith-driven life of love and service to others. Most of all, Ruxamani taught by example what it means to live a life full of grace and gratitude by embracing all the joys and honoring all the struggles. Ruxamani had a love for the ocean, having lived near it for over two decades. She also enjoyed all her travels across Asia, Europe and North America. An avid gardener, Ruxamani took great pride in growing flowers, vegetables and fruits. She loved cooking her harvest and was celebrated for her incredible culinary skills. Her kitchen was always filled with the aromas of her family’s favorite dishes and her feasts were a highlight of all family gatherings. Affectionately known as Nani, Ruxamani loved being a grandmother and spending time with all four of her grandchildren. Together they would spend hours playing board games, cards, carrom, badminton and made-up games. Nani was known to always give extra servings of dessert, host epic sleepovers with pillow fights and stories, and celebrate all her grandchildrens’ accomplishments, big or small. She enjoyed many lasting friendships throughout the years, across the various cities and countries, and held dear each and every friend. Ruxamani touched the lives of many and will live on in the hearts of family, friends and all who knew her. Ruxamani is survived by her children Jaishree Knauff and Nisha Mossing; her sons-in-law, David Knauff and Tony Mossing; and her grandchildren, Samir and Sonia Knauff, and Milan and Maya Mossing. A funeral service is planned for December 1st from 9AM - 11AM at Wages & Sons in Lawrenceville, GA. In lieu of flowers, please consider a donation in kind to the American Cancer Society.