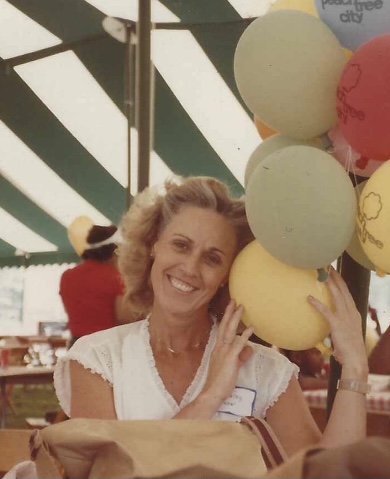 Shirley Ann Snow, 83, of Lawrenceville, Georgia passed away Tuesday, January 19, 2021. Shirley was born April 27, 1937 in Sterling, Colorado to Sarah Emily and Harold Everett Northup. She had a brother, Harold Everett Northup, Jr., “Buddy,” who passed away in 1967. Shirley is survived by her daughters and sons-in-law, Debbie and Randy Reid, and Robin and Bobby Jackson; granddaughters, their husbands and children, Sarah, Hans and Emme Lou Heiserer and Dominique, Andy, Jordan, Monroe and Mable Munday. Shirley’s family was her world.

Shirley worked at a variety of jobs during her life. She worked in a factory in Massachusetts when she was first married. After returning to her native Colorado, she went to school and earned her cosmetology license which she maintained most of her life. She later worked in offices for real estate and insurance firms, but her favorite jobs were her last ones. Shirley became a flight attendant in her 50’s and later managed a golf course, the Heritage Club. Athletics were an especially important part of her life – she was an avid bowler and golfer and later discovered the Gwinnett Senior Golden Games which she participated in and worked hard as a volunteer all year long. Shirley also loved to read, sew, travel, play games and spend as much time as she could with her family and friends.