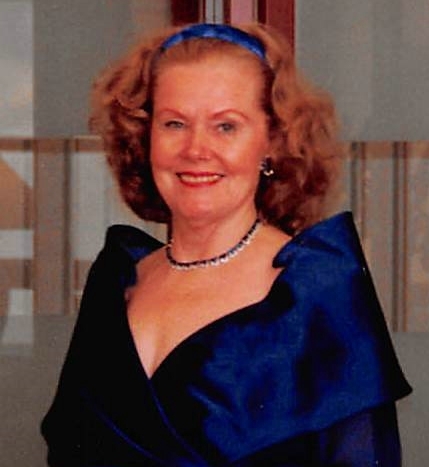 TWYLA ELLEN DIVINE ZELACK AUGUST 13, 1931 – August 2, 2017 Twyla was a beloved Daughter, Sister Wife, Mother and Friend Twyla was born on August 13, 1931 in Puxico, Missouri to proud parents Thomas and Vina Divine. She attended many grade schools due to her father's professional occupation in the building trade as carpenter and later as superintendent of construction for the University of Illinois Band building. The Divines established permanent residency in Urbana, Illinois where Twyla graduated from Urbana High School. After graduation, Twyla and her sister Sue trained at the local skating rink to become a part of the skating follies. During this period, Stratton, her future husband was also at the rink learning how to skate backwards and collided with Twyla. Stratton picked her up to apologize; they looked at each other and it was love at first sight that has lasted over 66 years. During Twyla's follies tour in White Plains, New York and before going on to Canada, Stratton proposed to Twyla. On accepting, Twyla returned to Urbana. Stratton and Twyla were wed in Attica Indiana and settled in Urbana, Illinois to start a family. Stratton was transferred from Chanute Air Force Base in Rantoul, Illinois to Amarillo Air Force Base in Amarillo, Texas to set up a new school for Metallurgy Welding. Twyla and daughters Debra Sue and Donna Jean remained in Urbana until Stratton was honorably discharged from the U.S. Air Force. The family then moved to Stratton's hometown in Newton Falls Ohio where her third daughter Andrea Diane was born. During the following Christmas season, Twyla and the three young daughters went to visit Twyla's parents in Urbana, Illinois. Stratton remained home to work and attended College at Kent State University in Kent Ohio. Twyla and the children were involved in a near fatal one-way accident in Van Wert, Ohio. The accident left Twyla with a year of facial reconstruction recovery. After moving to Georgia around 1962, Twyla served in management at the I.R.S. Later in her mid-fifties, she went to nursing college where she graduated third in her class. After excelling in nursing for many years, she retired in 2005 to be with her beloved husband. Twyla was a popular member of the Eastern Star, a freemasonry organization for women in Georgia. Twyla founded the Widows and Widowers Club for the surviving spouses at the Shrine Temple and she was responsible for the handicap ramp being built for Shrine Temple's members and guests. Twyla also joined her husband in numerous activities with the organization including the Annual Shrine Circus. Twyla possessed an uncanny gift for plants, putting the "green thumb legend" to shame! All who knew her admired her warm-hearted spirit and friendliness. She is survived by her loving husband of 66 years, Stratton Zelack; daughters, Debbie Welch and husband, Jerry of Lilburn, GA, Donna J. Zelack of Lawrenceville, GA; grandchildren, Sonya Jennings and husband, Steve of Johns Creek, GA, Jarrett Welch of Stockbridge, GA and April Kauffman of Lilburn, GA; great grandchildren, DeAnna Kauffman, Jack Jennings, Stratton Jennings, Ashton Kauffman, Pierce Jennings, and McKayla Kauffman; brother, Bob Divine and wife, Jane of Florida; sister, Sue Gaggioli of California. A funeral Service will be held at 1:00 P.M. on Friday, August 4, 2017 at Wages and Sons Gwinnett Chapel with Rev. Randy Palm officiating. Interment will follow at Arlington Memorial Park in Sandy Springs, GA. The family will receive friends on Thursday, August 3, 2017 from 4:00 P.M.-7:00 P.M. at Wages and Sons Gwinnett Chapel, 1031 Lawrenceville Hwy., Lawrenceville, GA. 770-277-4550. In lieu of flowers, donations can be made in memory of Twyla to Rock of Ages Lutheran Church, 5135 Memorial Drive, Stone Mountain, GA 30083 or Widow/Widowers Club Yaarab Shrine, 400 Ponce De Leon Avenue, Atlanta, GA 30308. Online condolences can be expressed at www.wagesandsons.com