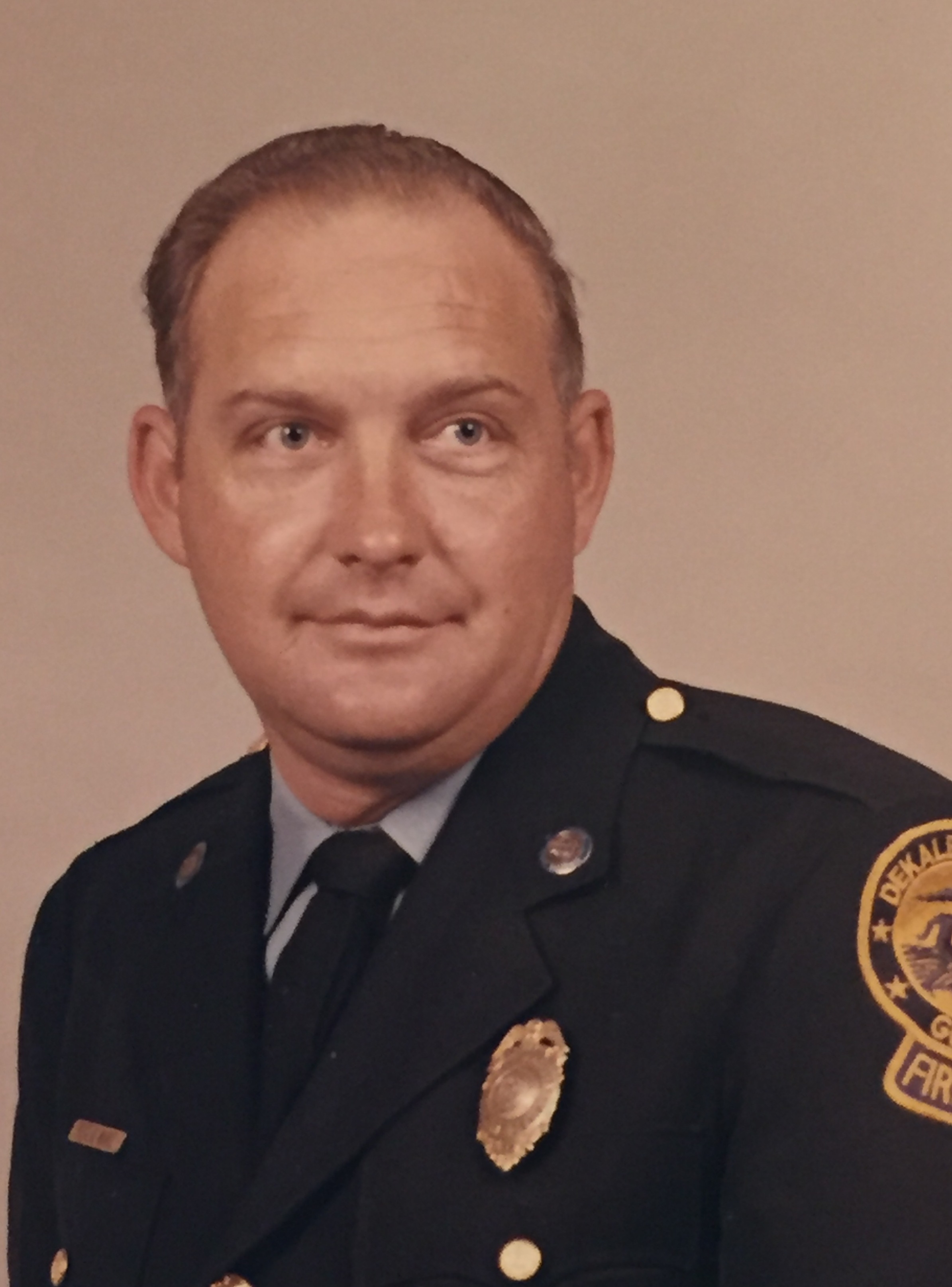 William Douglas Marks, age 84 of Decatur, passed away March 29, 2016. Mr. Marks was a retired Lieutenant with the DeKalb County Fire and Rescue after 25 years of service. Mr. Marks was the oldest living member of his class, and his helmet carried the number 32 which represents that he was the 32nd fireman hired in his department. He served in the U.S. Army during the Korean War. He was injured and became honorably discharged. He started his career with DeKalb County Fire and Rescue in 1960 at Station 7 and was instrumental in building station 11 and 13. His father Charles Quillian Marks also served as a DeKalb County Fire and Rescue. He is preceded in death by his wife, Maxine Lewallen Marks. He is survived by sons, Dennis Marks and wife Sally, Albany, GA; Michael Marks and wife Trisha, Snellville, GA; grandchildren, Brandi Craddock, Sara Ashlyn Marks and Morgan Elizabeth Marks, all of Snellville, GA; sisters, Linda Meaders and husband, Frank, Lilburn, GA; and Faye Britt, Stone Mountain, GA. Funeral Services will be held Saturday, April 2, 2016 at Wages and Sons Stone Mountain Chapel at 11:00 A.M. with Chaplain R. Carter officiating. Interment to follow at Floral Hills Memory Gardens with military honors provided by the U.S. Army and DeKalb County Fire and Honors team. The family will receive friends Friday, April 1, 2016 from 6:00 pm until 8:00 pm at Wages and Sons Stone Mountain Chapel.