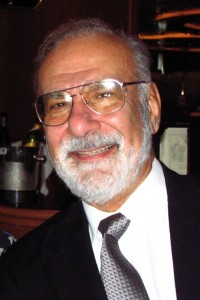 Yalcin Mehmet Peker, age 82, died December 10, 2013, after an 18-month battle with lung cancer.  He died at the Park Springs Retirement Community in Stone Mountain, Ga., where he had resided for the past seven years.  Survivors include his wife of 21 years, Martha Ann Stegar; a daughter, Emily Peker; a son, George Peker; two step-daughters, Lyn Deadmore (Stan Taylor) and Lisa Sipp (David), step-grandchildren Timothy Sipp, and Elizabeth Flores (Renauldo Robertson); and five great-grandchildren.   Yalcin was born June 5, 1931, in Istanbul, Turkey, to Recep Peker (former prime minister of Turkey) and Suada Bulak.  He received his liberal arts education at Robert College in Istanbul, a degree in textile engineering at Huddersfield, U.K., and did graduate studies in Philadelphia, Pa., and at Georgia Tech.  He became a U.S. citizen June 26, 1963.   Yalcin began working for Southern Electrical Equipment Distributors, where he designed sprinkler irrigation systems and was office manager from 1958-1977.  He was programs coordinator at Electromagnetic Sciences, 1978-1980, designing and building microwave communication devices for space satellites (LANDSAT, INTELSAT, and others).  He then moved to the Georgia Tech Research Institute, where he was a financial manager for a group of electronics laboratories from 1980 to 1993, at which time he retired.   Yalcin was married to Madelyn McIntosh on August 8, 1959, in Atlanta, Ga. They moved into a tiny house on the west side where they raised their first child, Emily, until she reached the age of four. In 1969 they moved to College Park. Their second child, George, was born the following year. In 1977 the young family took Yalcin’s severance pay from Southern Electrical and used it to cross the Atlantic aboard the QE2 and spend the summer riding trains all over Europe.   He and Martha Ann Stegar were married November 21, 1992, and for the next 20 years, they traveled the world, visiting nearly 100 countries and all seven continents.  They volunteered together at Fernbank Museum of Natural History and were docents at Zoo Atlanta.  Yalcin’s interest in wildlife led them to memorable wildlife excursions such as African safaris, the Galapagos Islands, Antarctica, the annual polar bear migration in Churchill (Canada), rafting through the Grand Canyon, and whale watching off Baja California.  Yalcin also trekked up Mount Everest.  He wrote delightful journals of many of his trips, later switching to marvelous slideshows with detailed captions.   Yalcin was a kind and loving husband, father and friend, and was a gentleman in every sense of the word.  His family thanks all those at Longleaf Hospice who cared for him during the last 2 1/2 months of his life.   A memorial service will be held Saturday, January 11, at 2:00 p.m. in the Community Hall at Park Springs Retirement Community, 500 Springhouse Circle, Stone Mountain, Ga. 30087. Memorial contributions may be made to the Park Springs Foundation, Atlanta Symphony Orchestra, or Zoo Atlanta.